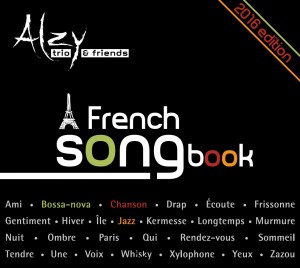 It is with a wink and a nod that we included an English-language title in this very Frenchy album from the Alzy Trio. A hat tip to the Great American Songbook that is chock full of Broadway standards from Ellington and Gershwin, played by all jazz(wo)men worldwide. A tribute from the grand repertoire of French songs that have also been adopted by musicians everywhere.

.
Click on songs titles below to listen to one-minute samples.

Chanson de Maxence (You must believe in spring)